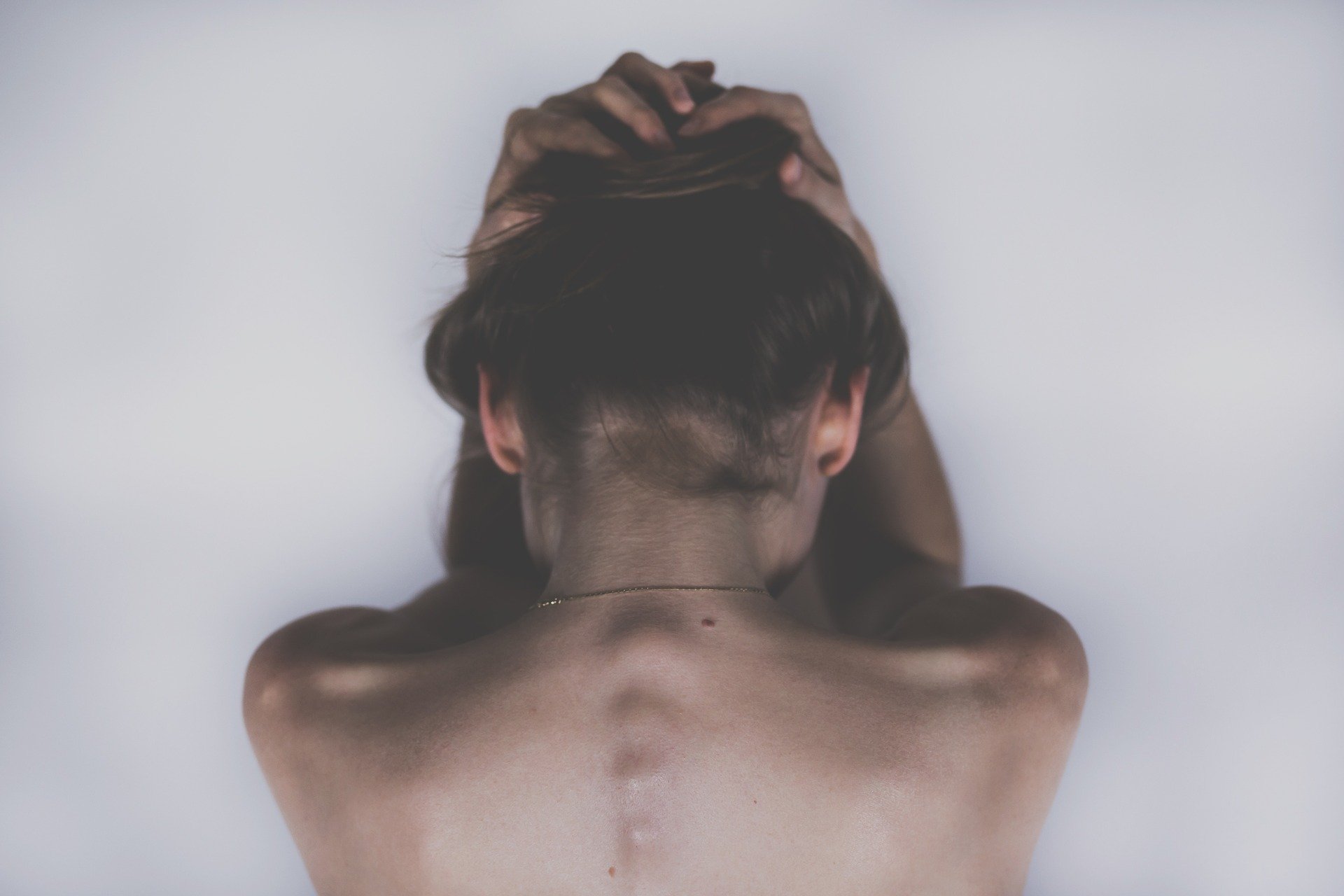 Also known as hormonal hair loss.  With the current prescription medication available the causes of female hair loss may be as simple as the wrong choice of contraceptive or the effects of an endocrine tumor requiring immediate medical intervention.
Half a century ago female genetic thinning was almost exclusively a problem of post-menopausal women. However, in part due to the advent of synthetic hormones used in contraceptive and hormone replacement therapies there has been an exponential rise in the numbers of younger women developing genetic thinning.
In a woman with the inherited tendency to develop it, genetic hair thinning is always triggered by some event that causes fluctuations in her body’s hormone balance.
Female pattern baldness (genetic thinning) is characterized by a progressive thinning-out of the top, temple and/or crown areas of the scalp. Unlike men’s genetic hair loss, not all the hair follicles across the top of a woman’s scalp are affected – thus ‘thinning’ of the hair density occurs rather than total baldness.

The numerous factors having the potential to both initiate and/or impact female genetic thinning make it essential for a careful and detailed history to be taken by the treating practitioner. Circumstances surrounding the onset of the problem, signs/symptoms of hormonal disturbance, menstrual or reproductive difficulties, and current contraceptive/hormone replacement therapy are the predominant issues to explore.

For some time now the accepted treatment regime for female androgenetic alopecia has centered on some form of oral hormonal therapy, either as prescription anti-male hormone medication (Androcur/Aldactone) or phytohormones.  However, through modern technologies such as laser therapy coupled with Minoxidil topical solution is now considered the specific treatment regime for hair loss of hormonal origin.
There are now more advanced non surgical therapies available that has proven to also be effective in treating this condition. That is the part we specialize in this clinic.

Hormonal profiling is the specific way to assess whether or not a woman’s hormones are in balance.  However, because pre-menopausal hormone levels often vary from day to day, it’s vital that “patterns” of symptoms over time are assessed, and assessed in conjunction with the woman’s “total picture” of diet, stress levels, lifestyle, medical history, and blood test results.